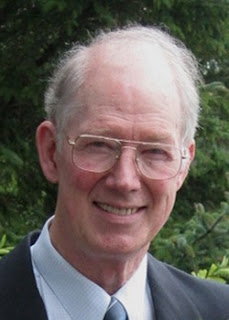 ...was working on climate change long before it was a hot button issue.

Working with leading climate change scientists, Richard has created films about sustainability issues and delving into the science behind climate change. He also made films which focused on the performing arts.

FOR MORE THAN TWO DECADES....

...he wrote, produced and directed documentary films for the CBC, and for television networks in the U.S. and Europe. Before his career in broadcasting, he served as a district agriculturist in Alberta for seven years, and was embroiled in the debate surrounding the effect of genetic engineering on food safety, the environment, and the future of farming and control of the global food supply.

Richard has been writing about environmental concerns, sustainable agriculture and protecting the commons.

His book, Mighty River: A Portrait of the Fraser, received the Roderick Haig-Brown Prize and a certificate of merit by the B.C. Historical Federation. Mighty River celebrates the magnificence of the river that is central to the life, economy and identity for British Columbia. In the book, The Fraser provides a focus for analysis of the conflicts and choices that dominate North America’s economic, social and environmental agendas.

Bocking’s first book, Canada’s Water - For Sale? deals with the issue of water export from Canada. He has contributed chapters and papers to several other books and journals concerned with water resources.

More recently Richard was involved with the BC Standing Committee on the Environment and the Economy. He and a few others drafted the ‘Sustainable BC policy’ and presented it to the BCNDP provincial convention in 2007 where it was adopted unanimously.

To understand the significance this of the Sustainable BC vision, you can watch this interesting 20 minute movie here:

His lifetime commitment to the principals of sustainability is exactly the change we need to see going forward. He understands that “unless we are able to make the environment sustainable, we will not have a future for our children and grandchildren. Nothing else will be of importance if we don’t address this crucial issue.”

His dedication to acting on these morale imperatives truly makes him a Saanich Star!